SANDY DENNY AND THE STRAWBS: ALL OUR OWN WORK - VERSIONS 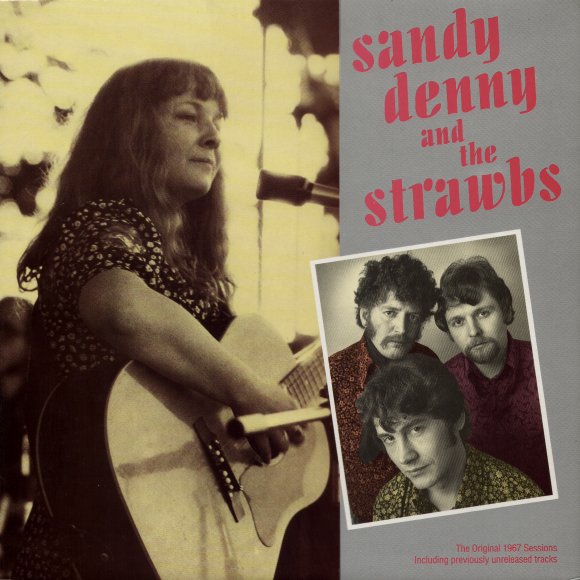 Back to main Sandy Denny And The Strawbs page.

Vinyl album: HNBL 1361 (Hannibal, EEC, 1991) . Joe Boyd's take on the Copenhagen tapes resulted in a package tailored to fans of Sandy rather than the Strawbs. In particular he chose versions of tracks with added string arrangements, rather than the sparser treatments on the original Hallmark album. One track, "Nothing Else Will Do" is a completely different take with a Sandy vocal, rather than Cousins.

Sleeve was printed and record manufactured in EEC, but the sleeve features both UK and US addresses for the label, so may have been distributed in both/all territories.

Front and back of sleeve

(*) Both the cassette and CD were produced both in the EEC and the US, so it would be surprising if there is not a US vinyl release - anyone have one?

Cassette: HNBC 1361, Hannibal, US, 1991) . Foldout cassette cover with great pics and interviews, with Hannibal details from both UK and US. Printed in EEC and cassette marked Manufactured in EEC.

Cassette: HNCD 1361, Hannibal, 1991) . Note that the cassette body bears the CD catalogue number. The outer cover bears UK and US addresses and may have been produced in the US. Inner cover is blank.

Cassette: HNBC 1361, Hannibal, US, 1991) . Cassette was manufactured in US. Exactly the same foldout cassette cover, but "printed in USA" appears in two places - in both cases on the page where the cassette case prongs go through the foldout. And, of course the publishing details on the page next to the band photo are different (interesting that no publishing details appear on the CD versions .....).

Identical visually to EEC CD release except that "Manufactured in the USA" appears on the CD and "Printed in the USA" on the tray back and back page of the booklet. According to Discogs entries there appear to have been a number of pressings - one by Nimbus, one simply with "Made In USA" on thhe transparnt centre of the CD. The Discogs entry regarding a Nimbus pressing seems in fact to ben EEC pressing not a US version.


Tray back and CD

CD: MDC-1144, Midi Inc., date?) . Patterned CD. Obi. 12pp booklet with Dave Cousins' original sleeve notes translated, as well as some other Japanese language notes, which list the track list for the Hallmark album and which may be dated 18 May 1991. The booklet also includes lyrics.

Obi, tray back and CD

Back to main Sandy Denny And The Strawbs page.