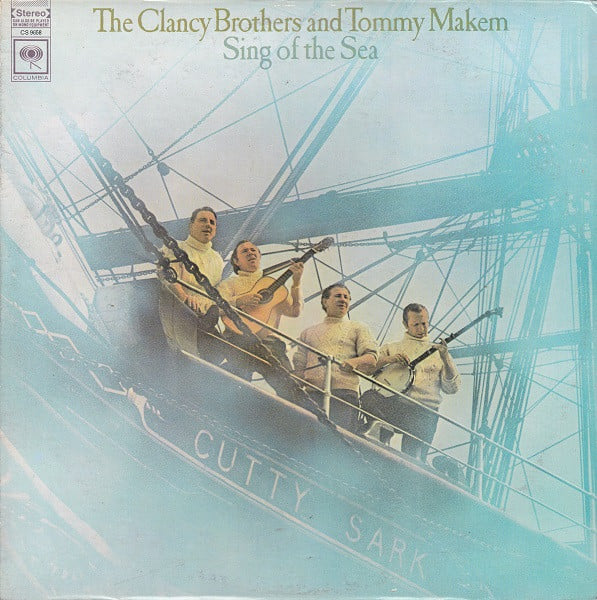 The Clancy Brothers and Tommy Makem were truly folk royalty.

Living in New York, they were significant figures in the American folk revival of the early 1960s. Their rousing performances of traditional folk classics gave the songs renewed energy and spirit. The album In Person at Carnegie Hall spent weeks in the Billboard charts. One third of all records sold in Ireland at the time were by The Clancy Brothers and Tommy Makem. One of the Clancy Brothers’ contemporaries was Bob Dylan, who they knew well from singing in the Greenwich Village clubs. The melodies of several of the songs on Dylan’s album, The Times They Are a-Changin', were derived from songs that The Clancy Brothers and Tommy Makem were singing.

When Strawbs started to record for A&M, I became very friendly with David Katz, a session violinist and contractor of orchestral players for recording sessions. David booked LSO players for Strawbs sessions, and to reciprocate he got me sessions as a folk banjo player and guitarist. In January 1969 I was excited to be booked to play my banjo on a new album for the Clancy Brothers and Tommy Makem, The album was called Sing Of The Sea and the sleeve has a picture of the group on the Cutty Sark, the British clipper ship – the fastest of its time.

The musicians were Liam Clancy on guitar, Tommy Makem on whistle, Finbar Furey on Uilleann pipes, Louis Killen on concertina, with me on banjo. Tommy Makem was scheduled to make a solo album after the Clancy sessions and asked me to play on that as well. The sessions for Tommy Makem Sings Tommy Makem were a joy, as were the sessions in the pub next door when the recordings had finished.

The producer was Teo Macero, a staff producer for Columbia Records, who told me that the record he had produced prior to recording the new Clancy’s album had been Miles In The Sky by Miles Davis. I gave him a copy of the new Strawbs single ‘The Man Who Called Himself Jesus’ - I wonder what he made of that? The next album he produced was Bitches Brew by Miles Davis.

I was thrilled to meet Tommy Makem again in July 2003, at the Stan Rogers Folk Festival in Canso, Nova Scotia. We sat around a table backstage in the artists’ bar - Tommy remembered me and the recording sessions very well. I was flattered!