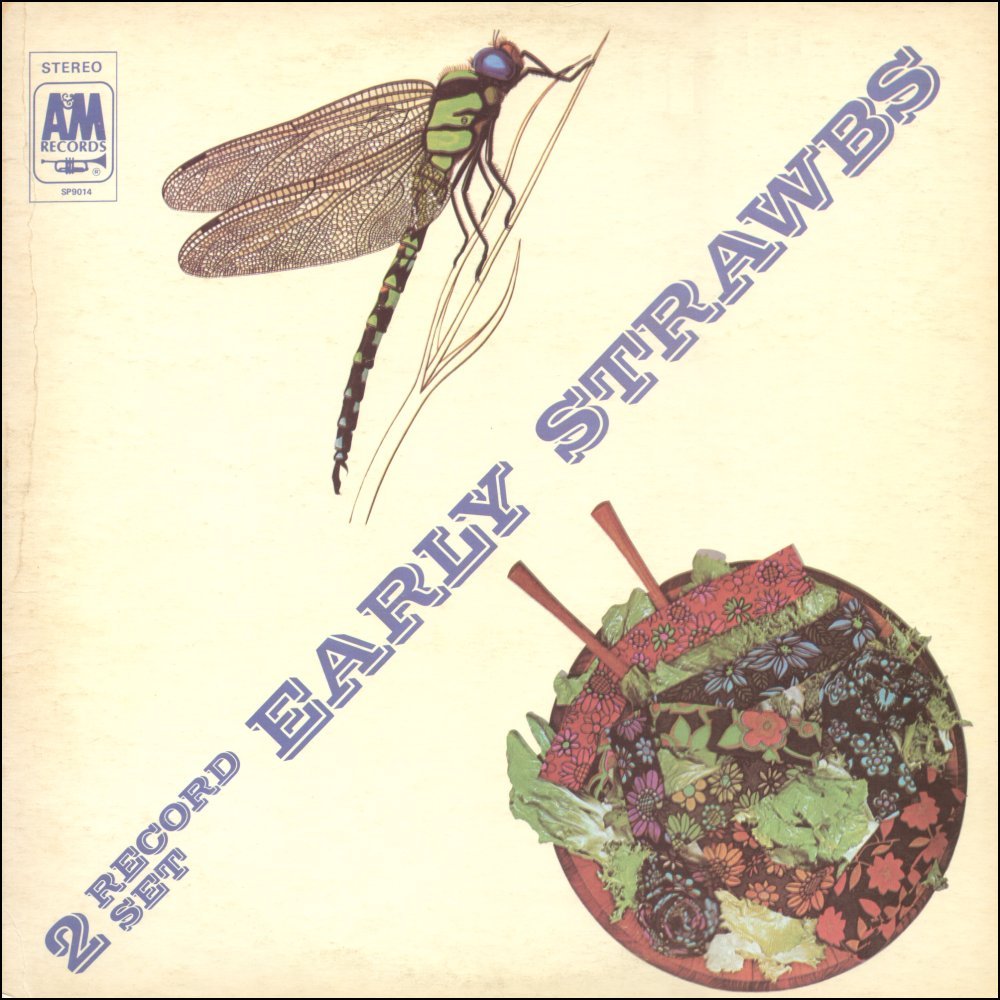 Not released on CD

Vinyl (A&M Canada, 1974): SP 9014 This repackages Strawbs and Dragonfly. The two discs are arranged with a side of Strawbs on one side and a side of Dragonfly on the other so that you can stack the discs on a multi-changer record player, and play one of the albums in sequence, then turn them over and do the same thing with the other album. Oddly, however, side 1 is the first side of Dragonfly, not Strawbs.

Gatefold, including lyrics sheet; like the first release of Strawbs, the disc is inserted from the middle of the inside rather than the outer edge. The inside of the gatefold includes some early photos of the band circa mid-1969 and very informative sleeve notes by Dave Cousins dated 3 Jul 1974. There's also an insert which provides the lyrics Dragonfly-style.

Vinyl (A&M Canada, 1974): SP 9014. White label promo, similar typography as 1974 full release, but the track details themselves are laid out differently. No lyric insert in my copy.

Outer cover has a sticker.

No lyrics insert in my copy, not sure whether there was one for the reissue.

(*) Cassette (A&M Canada, 1974?): CS 9014. Referred to as a "twin pack" on packaging but seems to have been a single cassette with an album on each side - side 1 has all Dragonfly tracks and Side 2 all the Strawbs in same order as original vinyl releases.