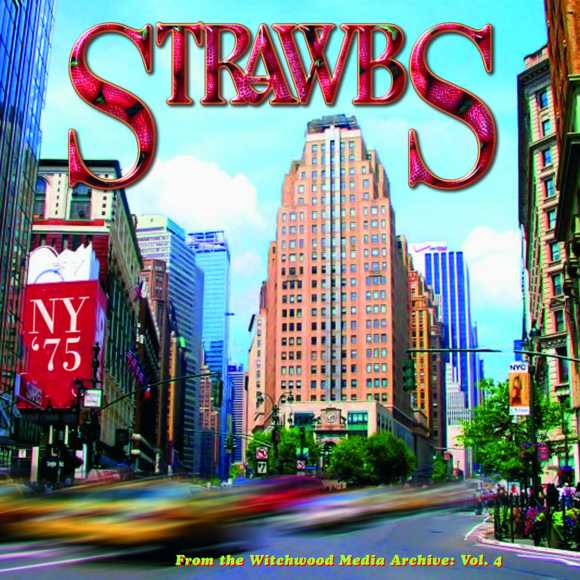 In the mid-1970s the Strawbs were on a roll in the United States. The band had had five consecutive albums on the Billboard charts between 1972 and 1975, with 'Hero and Heroine' and 'Ghosts' between them selling over half a million copies. In 1975 Strawbs set out on their first US headline tour.

'NY '75' was recorded live in front of a wildly enthusiastic audience at the legendary Calderone Theatre on Long Island, just half an hour from the centre of Manhattan. This is the first release of this concert on CD.

Followeing John Hawken's departure, Cousins, Lambert, Cronk, Coombes were augmented by Robert Kirby (best known for his arrangements on the Nick Drake albums) and John Mealing (formerly with jazz-rock supergroup If), both on keyboards.

The album shows how the Strawbs stage show had evolved from its early folk-inspired tunes into an almost continuous symphonic sequence of hard-hitting songs. The Strawbs came on stage in a blackout to a long-lost taped introduction, "Still Small Voice". Among the established classics were new offerings from the Nomadness album including "The Promised Land", "To Be Free", and "Hanging In The Gallery" which had never appeared before on a live Strawbs album.