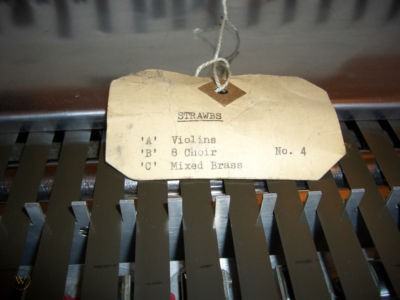 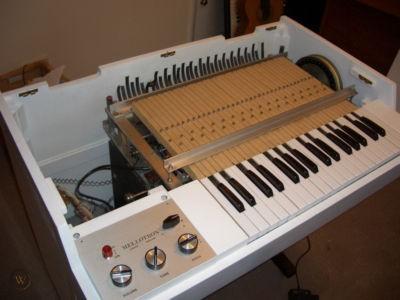 Who was the first person to play Mellotron on a Strawbs album? Before all is revealed we must look back at the origins of the Mellotron itself. The essential elements of the Mellotron are “piano” keys which play back individual pre-recorded tapes of musical instruments, driven by springs across the playback head of a tape machine. The Mellotron was designed for home use and the first versions proved popular with the likes of Princess Margaret and Peter Sellers.

The first attributed recording of the Mellotron is by Graham Bond in 1965, but the Beatles classic "Strawberry Fields Forever", released in Feb 1967, opened the floodgates. In Jul 1967 I played "Every Christian Lion-Hearted Man Will Show You" from the Bee Gees first UK album, which featured the distinctive Mellotron sound, on ‘London News’ the Danmarks Radio show I was producing. This was closely followed in Nov 1967 by "Days of Future Passed", the album that formed the bedrock of the career of the Moody Blues, which was also featured on the Danmarks Radio show.

In Jun 1968, Strawbs were recording the first A&M album at Lansdowne in Holland Park, London’s first independent music recording studio. We were working on the song "Pieces Of 79 And 15", with lyrics written by Tony Hooper about his jumbly exploits living in Ladbrook Grove. I had come up with the tune, which we decided needed the psychedelic sound of the Mellotron and hired one for the session. The problem was that neither Tony nor I knew how to use it.

Luckily, Tony Visconti, who knew everything musical about everything, was on hand to show us how to operate the Mellotron. I remember playing the flute notes along to Ron Chesterman’s wonderfully inventive bass lines and held down an orchestral chord while Tony operated the pitch control which swooped the notes up and down in the verses. Mystery solved – the first Mellotron parts on a Strawbs album were played by David Cousins and Tony Hooper.