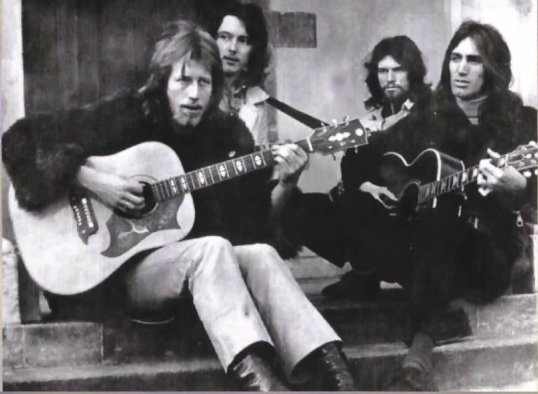 Rod Demick started playing in Belfast in 1962, whilst still at school. He came over to England and joined ex-Belfast band The Wheels, who scored a hit with "Gloria".

Demick then teamed up in the very early 70s with Herbie Armstrong, initially as The James Brothers, becoming the backing band for Screaming Lord Sutch. After six months in Europe with his Lordship, they returned and secured a record deal with first MAM and then A&M for two country/folk/blues albums.

Armstrong went on to join Kenny Young in mid 70s pop band Fox, whilst Rod joined pub-rock band Bees Make Honey. All three, Young, Armstrong and Demick turned up in Yellow Dog, Rod later going on join Meal Ticket. Rod has played on sessions and tours for the likes of David Essex, Henry McCullough, Dr. John and Billy Ocean, and wrote songs and recorded with Ian Gomm. After a six month stint with Ron Kavana, Rod joined the re-formed Strawbs in 1985 to replace bassist John Ford who had decided to settle in America, and has played with the band till Chiswick in August 1998. Turkey Leg Johnson (effectively that Strawbs line-up without Dave Cousins or Tony Hooper) occasionally made its presence felt as the opening act for Strawbs gigs.

Rod left the Strawbs when John Ford rejoined for the 1999 UK tour for which Rod was the opening act. Many of the tracks from a solo album were featured in that acoustic set; it doesn't appear that that album has been made available commercially - shame: it's very good.

Recently Rod has been playing with Paul Lamb and the Kingsnakes - see http://www.paullamb.com/, which also features recent pictures of Rod and a fuller biography.