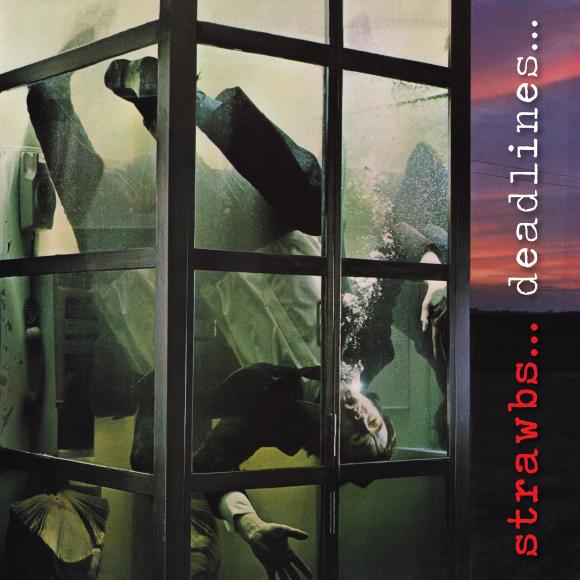 For the original issue (on vinyl and CD) see Deadlines.

Deadlines Witchwood Media CD release, 2010, with bonus tracks: WMCD 2047 (Witchwood Media, 2012) . Jewel case release by Witchwood Media. Eight page booklet, including names of fans who paid in advance. There's a reproduction of an interesting letter from Clive Davies, head of Arista, showing that he was influential in determining the running order of the album and new sleeve notes by Dave, about the trials and tribulations involved in making the album (the original release included a heartfelt statement from DC: "[This album] took several months out of our lives between July and October 1977 and years off them.")

The DD reuses the hardbitten editor image, and the tray inner has a clock set to 11.57, nearly at the deadline ...

Check out the reviews page for a preview from Dick Greener.

Deadlines, Japanese facsimile card sleeve CD release with bonus tracks: (Airmail Airac 1706 , Japan, 2013) . Witchwood Media licensed Deadlines (amongst others) to Air Mail who brought out attractively packaged facsimile card sleeve versions in 2013. Inside there's a 4pp booklet which lifts some of the material from the UK release and a 1 sided black and white 4xCD sized insert in Japanese. with tracklisting and sleeve notes by Masayoshi Funabiki (dated 7 July 2013), which states that this is a 24-bit remaster. The obi rear features other titles released by Airmail - All Our Own Work (despite the cover it's the Complete Sessions version), Two Weeks Last Summer and Deep Cuts.

All Our Own Work - multiple CD box, facsimile card sleeves with Obi: no number for set (Airmail, Japan, 2013). Airmail licensed a number of CD from Witchwood Media, and chose to package them into a Sandy Denny and the Strawbs: All Our Own Work boxed set. There's one (at the time of writing) on offer at: http://www.ebay.co.uk/itm/STRAWBS-JAPAN-8TITLES-MINI-LP-CD-PROMO-BOX-BA81-/271685491701, which suggests that all eight Airmail CD releases are included in the box. However, whilst all eight will fit in the box, the version I bought had only five, the AIRAC 170X numbered releases:

The five in my copy:

I'll try and find out what the true position was.

These original photos of the box etc. (including only the 5 CDs I received) are taken by me! If you use them on Ebay, please credit Strawbsweb. The box was a very limited edition it seems, and very few seem to come up for sale.

Front, back and spine