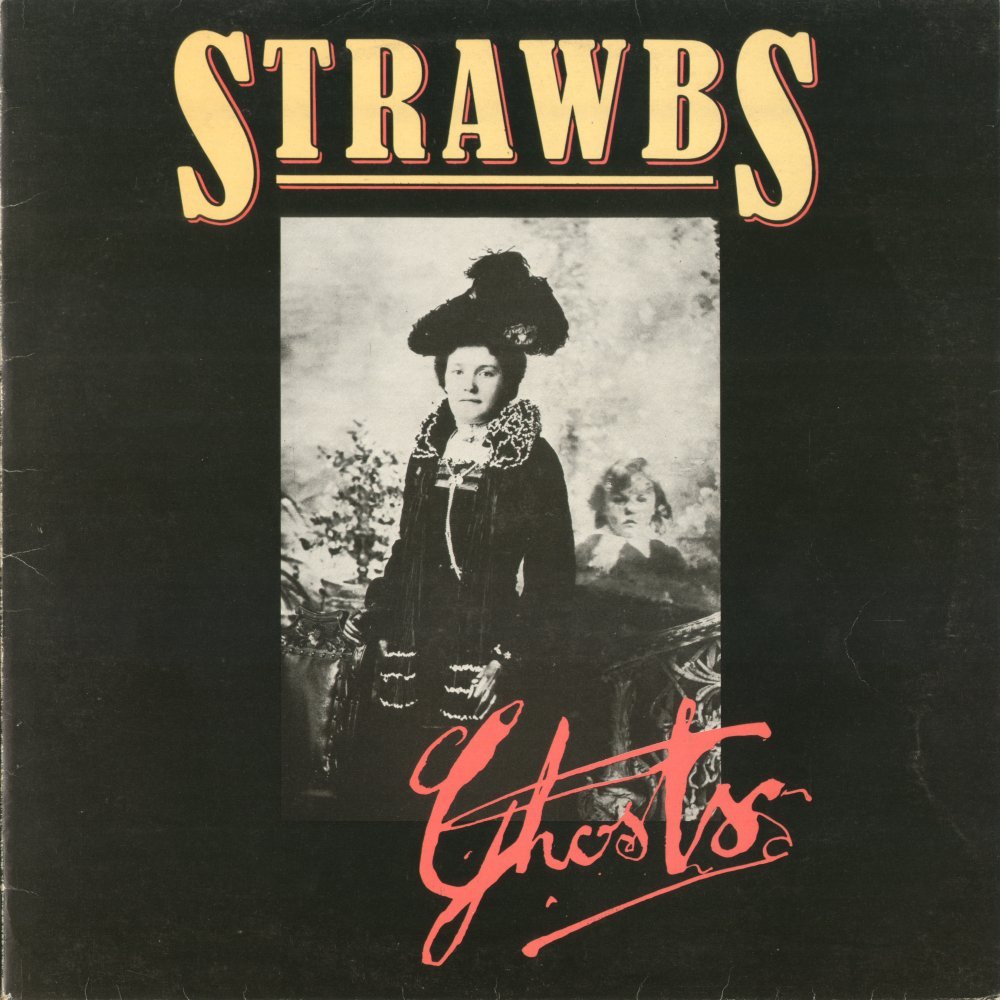 Release date: Feb 1975 (ads appeared in music papers dated 8 Feb 1975). The album had been delayed after the original album design, which featured a picture of Charterhouse School, was vetoed by the school.

Ghosts largely carried on from where Hero And Heroine left off, the big, mellotron-laden sound which found popularity particularly with North American audiences very much in evidence, though some slight lightening of mood. "Grace Darling", inspired both by the Northumbrian heroine of that name and Cousins' happier personal life, was released as a single in the UK - A&M Canada released a french translation of the song "Cherie Je T'Aime".

Recorded in the Manor, in Oxfordshore, where Cousins recorded Two Weeks Last Summer and, for the single "Grace Darling", the choir and organ in the chapel at Charterhouse were featured. Cousins fell ill during the recordings and spent some time in hospital, returning to the studio after a lumbar puncture to record his vocals lying on the studio floor.

The epic title track "Ghosts" stands out particularly, written on tour whilst Cousins was staying in a hotel opposite the Soldiers and Sailors monument in Indianapolis. It remains a staple of their live set, whether acoustic or electric. "The Life Auction" also proved to be well-received live.

The album sold hugely well in the US, staying 13 weeks in the charts, and probably sold over 250,000 copies. It was to be their highest-selling US album.

Engineering by Tom Allom
With the help of Mike Glossop and the lads of the Manor mobile, Roger Mayer and Robin Freeman
Mixed at Trident studios, London by Tom Allom and Mike Stone

Other sleeve information
The sleeve carries the following acknowledgement:

"Our special thanks to Claire Deniz (Cello) , Robert Kirby (choral arrangement) Mike Stone, the girls at the Manor, the gentlemen of the choir, and Alistair Ross, choirmaster and organist of West Wycombe Church."